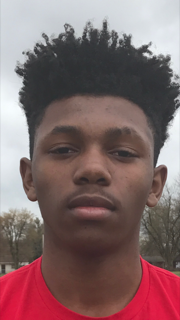 Lavell won the 8th grade MVP with a strong performance at the combine. He placed in the Top 2 in each combine category. The Kentucky athlete was especially impressive in the Broad Jump & Medicine Ball Toss showing great upper & lower body explosion with a 8'8" and 23'5" respectively. Wright is listed as a RB, but could also be a very effective WR at the next level. Showed great hands and the ability to catch the ball in traffic during the 7v7 game. Will be attending North Hardin HS next season. 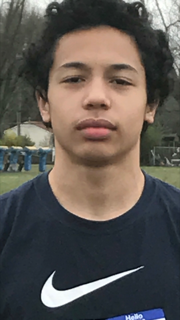 Phan is a quick receiver. Who showed off his agility in the Shuttle & L-Drill events of the combine. He ran a 4.13 in the Shuttle and a 7.3 in the L-Drill. Phan also displayed his ability to be a deep threat during the camp when he scored the final TD in the 7v7 game. Phan will be attending Male HS later this year. 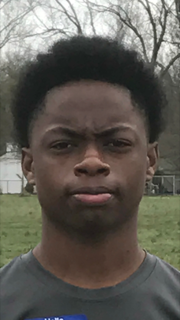 Thaxton is a very explosive receiver who as the ability to play inside at slot or on the outside. Ran routes very well & showed great hands during position drills & in the 7v7 game. Ran a 4.77 in the 5-10-5, 7.76 in the L-Drill, & tossed the Medicine Ball over 18 feet to show a good combination of quickness and power. Thaxton is looking at attending Ballard HS or Trinity HS in the fall. 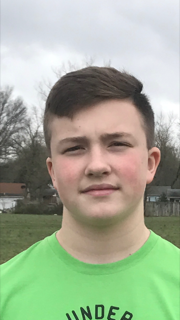 Alexander played well in coverage as a LB, and showed the versatility to play as an Inside or Outside LB. Displayed very good upper body strength in the Medicine Ball Toss with a 20'10". Spaulding will be attending Collegiate Academy in Erie, PA next school year. 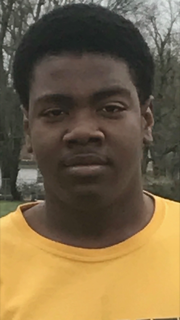 Mikale showed great footwork for an offensive lineman. Did very well in all pass blocking drills & was dominant on the defensive side of the ball coming off the edge. Had a couple of sacks in our 7v7 game with a simulated pass rush. 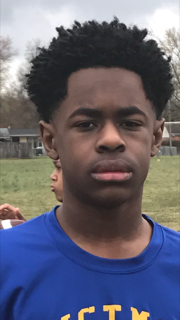 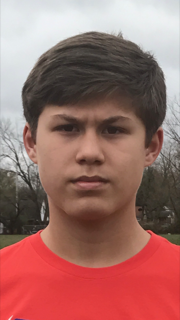 Joey Hulse 5'10" 150 DE/ TE/ OL Erie, PA Hulse is not only one of the best Defensive Ends that we've seen in his class, but his work ethic is turning him into one of the best overall athletes for the C/O 2023. Joey ,a 2X NPFA All American, has great size and blocking technique; but has developed his route running & catching ability allowing him to transition well to a TE/ Big WR. Hulse won the Co-MVP for the 7th & 6th grade level. 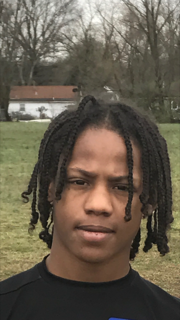 Demario Crawford 5'2" 100 RB/ DB Erie, PA Crawford showed great speed & agility during the combine portion of the camp running a 5.18 (40), 7.83 (L-Drill), & showed his explosiveness in the Broad Jump with a 7'7" jump. His athleticism transferred well into the 7v7 game. He played well in man coverage & was a valuable downfield target on the offensive side of the ball. Crawford earned the Co-MVP for the 7th & 6th grade. 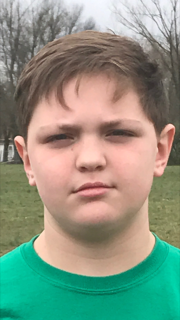 Krahe has very good technique and footwork for a young lineman. He also has very good upper body strength (16'4" in the Medicine Ball Toss) which he uses effectively when engaging opponents. The combination of both footwork & strength allows him to be effective in both pass & run blocking. 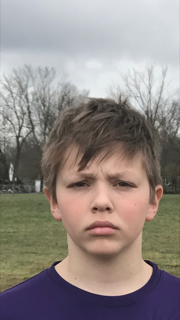 Xavier Spaulding 5'6" 135 LB/ RB Erie, PA Spaulding finished in the Top 3 in every combine category. Performed very well in the 7v7 portion of the camp providing great man coverage against slot receivers & RBs as a LB. The NPFA All American has proven in past action that he is a force against the run game, & took advantage of the opportunity to show that he also has value as a coverage LB during the camp. 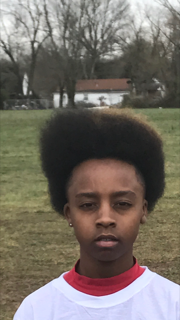 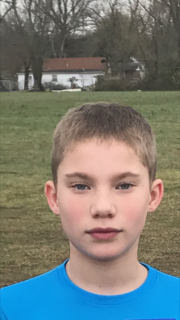 Lance is a very quick sure-handed receiver who constantly found a way to get open during the 7v7 game. Showed awesome footwork during the RB drills, & has a good combination of agility (4.88 Shuttle) & power (13'1" Medicine Ball Toss) that's needed to be an effective RB. Earned The Overall MVP Award for the 5th grade & by having several key receptions and a TD in 7v7s. 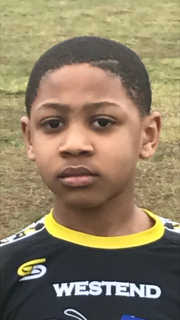 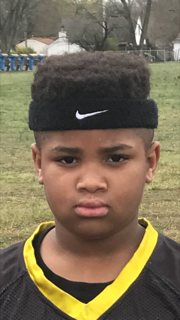 DABNEY WON THE OVERALL MVP AWARD FOR HIS CLASS WITH HIS GREAT DISPLAY OF SPEED & AGILITY. RAN A 4.88 IN THE 40, WHICH WAS THE 2ND FASTEST TIME OF THE DAY. ALSO, PERFORMED WELL IN THE 5-10-5 WITH A 4.46 & BOASTED THE FASTEST TIME OF THE DAY IN THE  3-CONE DRILL WITH A 7.03. DABNEY WILL BE MAKING PLAYS FOR HENRY CLAY HS NEXT YEAR IN LEXINGTON, KY.

MOORE HAS A GREAT COMBINATION OF SIZE & SPEED THAT MAKES HIM A THREAT ON BOTH SIDES OF THE BALL. MOORE RAN A 5.11 40, 4.65 SHUTTLE, & TOSSED THE MEDICINE BALL THE FURTHEST FOR THE DAY WITH 23'2''. LOOK FOR MOORE TO MAKE AN EARLY IMPACT NEXT YEAR AT CENTRAL H.S. IN LOUSIVILLE, KY.

JUTZ DISPLAYED HIS ACCURACY WITH PINPOINT PASSES DURING THE 1V1 & 7V7 PORTION OF THE CAMP. HE ALSO SHOWED A GOOD DEAL OF ATHLETICISM & AGILTY RUNNING A 4.18 (FASTEST TIME OF THE DAY) IN THE SHUTTLE, 7.93 IN THE L-DRILL, & JUMPING 6'11'' IN THE BROAD JUMP. JUTZ WILL SUIT UP FOR TRINITY HS NEXT SEASON IN KY.

YATES WAS THE MVP OF THE YOUTH 100 ALL AMERICAN GAME LAST YEAR IN MIAMI AND IS STILL IMPROVING ON WHAT IS A STELLAR YOUTH CAREER. YATES SHOWED OFF HIS SPEED, AGILITY, AND POWER LEADING HIS CLASS IN THE 3-CONE (7.26) & MEDICINE BALL TOSS (17'). YATES HAS THE 2ND FASTEST 40 (5.22) & FINSHED WITH THE 2ND OVERALL SCORE OF 99.14. YATES PLAYED WELL IN 1V1'S, HE HAS GREAT HANDS AND RUNS ROUTES WELL. ON THE OTHER SIDE OF THE BALL, YATES WAS EQUALLY IMPRESSIVE IN PASS COVERAGE.

FLANAGAN SCORED THE HIGHEST OVERALL COMBINE SCORE WITH 99.54. GUNNER HAD THE BEST METRICS FOR HIS CLASS IN 2 OF THE 5 EVENTS. HE RECORDED A  4.3 IN THE SHUTTLE, JUMPED 7' IN THE BROAD JUMP, & FINSHED 3RD IN THE L-DRILL WITH A TIME OF 7.86

5TH GRADE AND BELOW

WE FIRST GOT A GLANCE AT SCARABINO DURING THE N.P.F.A MID ATLANTIC NATIONAL CHAMPIONSHIPS IN RICHMOND THIS PAST DECEMBER, WHERE HE LED HIS ERIE (PA) RAIDERS TEAM TO A 1ST ROUND UPSET OVER THE ORANGE (NJ) TORNADOS (WHO WERE DEFENDING CHAMPS & RANKED #1 AT THE TIME). JOEY PLAYED LIKE A ONE MAN WRECKING CREW ON BOTH SIDES OF THE BALL THAT WEEKEND, AND WE GOT A BETTER LOOK AT HIM DURING THE COMBINE. SCARABINO IS A PURE COMPETITOR WHO HAS THE ATHLETIC ABILITY AND SIZE TO GO ALONG WITH IT. HAS A HARD-NOSED/ OLD SCHOOL LINEBACKER MENTALITY, BUT THE SKILL SET AND FOOTBALL IQ TO RUN AN OFFENSE. RAN A 4.73 SHUTTLE, 7.22 3 CONE, JUMPED 8'4'' IN THE BROAD JUMP, & TOSSED THE MEDICINE BALL 22'8'' TO EARN AN OVERALL COMBINE RATING OF 106.21. JOEY WILL BE ONE OF THE TOP PROSPECTS COMING OUT OF ERIE, PA IN THE NEXT COUPLE OF YEARS.

CONN PERFORMED VERY WELL AT THE COMBINE DURING THE 7V7 PORTION OF THE CAMP. SHOWED THE ABILITY TO COVER WELL IN MAN TO MAN COVERAGE ON DEFENSE, AS WELL AS THE ABILITY TO BE A THREAT ON OFFENSE. RAN A 4.91 40 YRD DASH, 7.41 3 CONE L-DRILL, & TOSSED THE MED BALL 23' TO FINISH WITH AN OVERALL COMBINE RATING OF 103.96.

MOORE SET THE COMBINE ON FIRE EARLY IN THE CAMP BY RUNNING A BLAZING 4.48 FORTY! PERFORMED WELL IN OTHER COMBINE EVENTS, ESPECIALLY THE BROAD JUMP WHERE HE ALSO TIED FOR BEST JUMP FOR C/O 2020 WITH 8'2'' AND EARNED AN OVERALL COMBINE RATING OF 106.78. THE LOUISVILLE, KY RECEIVER WAS A CONSTANT DEEP THREAT ON OFFENSE, BUT ALSO SHOWED THE GREAT HANDS AND THE ABILITY TO GET CREATE SEPARATION ON INTERMEDIATE ROUTES.

YATES PLAYED BIG TIME IN THE 7V7 PORTION OF THE CAMP AND WAS VIRTUALLY UNSTOPPABLE. ON THE OFFENSE END, HE MADE BIG PLAY AFTER BIG PLAY TO LEAD HIS TEAM DOWN THE FIELD. SHOWED GREAT SPEED (5.6 40 YARD DASH), JUMPING ABILITY (6'9'' IN THE BROAD JUMP), HANDS, & THE DETERMINATION TO SNAG THE BALL OUT OF THE AIR ON SEVERAL OCCASIONS WHERE HE FOUND HIMSELF IN THE END ZONE. EARNED THE 6TH GRADE & UNDER GAME MVP TO GO ALONG WITH A COMBINE RATING OF 106.16.

WHITTINGTON DISPLAYED GREAT ATHLETICISM DURING THE COMBINE. SHOWED A GOOD COMBINATION OF POWER AND SPEED BY RUNNING A 5.75 40, 4.99 SHUTTLE, 8.15 L-DRILL, JUMPING 6'3'', & TOSSING THE MED BALL 13'7'' TO EARN AN OVERALL COMBINE SCORE OF 101.16 AND AN INVITE TO THE ALL AMERICAN GAME IN MIAMI THIS JULY!

Recognized by HUDL as one of the TOP 100 Orgnizations in the Country!!!

Recognized by YOUTH1 as one of the Top 20 Youth Football Camps in the Country!!!